Why are negative ions important for our health?

Most of the time we overlook or have no idea just how much negative ions are important for our health. There are many particles in the air we breathe, which we can not see due to their size. We can find them basically anywhere: at smoking, at incomplete combustion, at grilling, in industries and especially in traffic. The smaller these particles (PM particles, particulate matter) are, deeper into the lungs, brain and other tissues they penetrate. Consequently this causes more harm in your body. After their formation, they stay in the air for several days, penetrating through all openings in doors and windows into our living quarters. Some of them (such as soot), cause problems with airways and circulatory system and can even cause cancer.

The result is 100% percent clean air that is still filled with enough negative ions remaining for beneficial healing effect. These include improving your body’s natural defense, strengthening your immune system and overall better vitality. Only a large number of negative ions can enable people with asthma, allergies and high blood pressure to experience the beneficial effects ionization brings. It is even possible to completely eliminate the symptoms of these diseases.

Ion therapy originates from nature and is supported by scientists. A wide range of beneficial effects of negative ions on the human body, health and well-being have been proven. One of the first researchers in this area was dr. Konrblueh. He has shown that it is necessary to begin an ion therapy by adding negative ions in the atmosphere of living areas and workplaces. Doing this improves the original natural balance, which modern civilization interrupts. By performing this therapy we can remove symptoms – stuffy nose, burning eyes, coughing, and other inconveniences caused by allergies.

Prof. Sulman from Israel, prof. Krueger from the U.S., prof. Bulatov from Russia, prof. Bechgaard, prof. Bennevie from Denmark and others reached similar conclusions. Similarly Faculty of Biology and Human Health in Surrey studied the effects of ionization on people. They took a sample of one thousand people who used an ionizer over a longer period of time. The results showed that a large percentage of people who were suffering from different diseases experienced big improvement. Dr. Palti discovered that in large quantities, positive ions cause bronchial spasms in children. In contrast, he found out that negative ions alleviate them. Lastly, Dr. A. Wehner used a therapy that combined an aerosol and negative ions to treat one thousand patients suffering from respiratory problems.

List of benefits negative ions bring to our body

World health institutes have proven that negative ions have very positive medical effects on the human body , since they have a good influence on:

In conclusion, negative ions (despite their name) have amazingly good effects on our body. We can never inhale too many negative ions, but we can always have a shortage of them. Therefore is important that we give our body as big enough supply of negative ions as we can. To being with, try to find the time or opportunity to visit your nearby forest or take a trip outside the city and into mother nature. Alternatively you could use an air ionizer in your home. Air ionizers release a large amount of negative ions into the air and they make sure that your body gets all of the benefits we mentioned above.

We already mentioned ionizers throughout this post, but we want to give them a few more words here. Air ionizers are devices that clean the air and remove allergies, asthma and high blood pressure. As the name suggests they work by releasing negative ions in the air. By doing so they remove all pollutants and microbes from the air, making it completely clean and safe to breathe. Consequently we achieve the same results as if we were breathing forest/nature air.

You can lean more about IONEX air ionizer on this link: https://www.ionex-ionizers.com/shop/ionex-classic/ 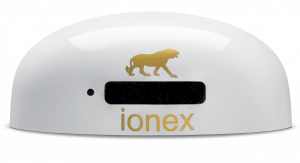 What is an Air Ionizer Used For?