Indoor air, which most of us breathe far more often than outdoor air, is of primary importance to our health. But we rarely question the quality of air we breathe. Have you noticed that you become tired, sleepy and without concentration within a few hours spent in certain places?

The reasons for this are in the poor indoor air quality and in the lack of negative ions.

But can you imagine feeling so good in closed environments like people on these photos do? 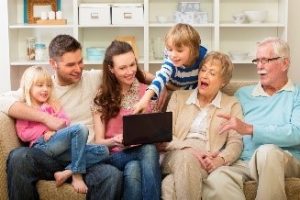 We all want to feel so good, right?  In IONEX, we help everyone to achieve this goal in an environmentally friendly way – with the help of negatively charged ions, we add to indoor air by a best-quality air ionizer.

The problem is, we spend most of our time indoors and the air inside is more polluted than outside due to all the chemicals and dust that can be found there.

When we think of ‘air quality’, we usually connect it immediately with flow of fresh and clean air and lack of stuffiness and odours. Environments with controlled air quality results in more pleasant, comfortable, uplifting and healthier to live and work in.

The smaller these particles (PM particles, particulate matter) are, deeper into the lungs and even brain and other tissues they penetrate and more harm they cause in a body. After the formation, they stay in the air for several days, penetrating through all slots in doors and windows into our living quarters. Some of them, such as soot, cause problems with airways and circulatory system and can finally cause cancer.

The science of negative ions

Negative ions are negatively charged particles (electrons) of an atom and they are a foundation for many functions of the body, thus we feel exceptionally well and relaxed when they are abundant.

Negative ions bind with all airborne positive particles – even smaller than 1 micrometre – and neutralize them. They drop to the floor due to the gravity and cannot be lifted any more, having been ionised. Even the smallest, most hazardous air impurities of size 0.01 microns – cigarette smoke, pollen, PM particles and aerosols – are successfully neutralized. They represent the greatest risk to the health as biological defend mechanisms do not cope efficiently with such pollutants. They also remove odours and contribute to the clean air (for ex. a fresh smell we find in non-industrial rural areas or the refreshing air we inhale after a thunderstorm).

We need to mention the problem of so called ‘sick-building syndrome’. Most of the buildings have a metal construction which makes them act as a ‘Faraday cage’. This is a physics’ principle, that metal construction repels negatively charged ions and prevents them from entering the building through walls. On the inside, the usage of artificial, synthetic materials is common, which causes the excess formation of harmful positive ions.

Besides all mentioned, an air ventilation additionally destroys negative ions, because they are very sensitive to air friction. Not to mention, that air ventilation systems are often an ideal place for fungi, bacteria and mould growth.

So, some negative ions in indoor spaces are spent for purifying air, others latch on every positively charged object and they remain adhered to it due to their electric charge, so less and less ions remain in the air that we breathe.

There have been numerous studies conducted on effect of negative ions on a human body. We have

The lack of negative ions and excess number of positive ions cause fatigue, vertigo, tiredness, impaired focus, malfunctioning of all body processes, respiratory tract infections, feeling under pressure and anxious, irritated skin and eyes; all symptoms are collected in a so-called ‘sick-building syndrome’.

Ion therapy originates from nature and is supported by scientists. A wide range of beneficial effects of negative ions on the human body, health and well-being have been proven. A pioneer of research of this kind, dr. Kornblueh, has shown that it is necessary to begin an ion therapy by adding negative ions in the atmosphere of living areas and workplaces, thus improving the natural balance, interrupted by modern civilization.

By performing this therapy you can remove the symptoms – stuffy nose, burning eyes, coughing, and other inconveniences caused by allergies These results have also been proven by successful scientists prof. Sulman from Israel, prof. Krueger from the U.S., prof. Boulatov from Russia, prof. Bechgaard and prof. Bennevie from Denmark and others.

The Faculty of Biology and Human Health in Surrey studied the effects of ionization on a sample of one thousand people who used an ionizer over a longer period. The results indicate the percentage of people suffering from various diseases who experienced improvement. Dr. Palti discovered that in large quantities, positive ions cause bronchial spasms in children, while negative ions alleviate them.

Dr. A. Wehner used a therapy that combined an aerosol and negative ions to treat one thousand patients suffering from respiratory problems.

Some of these studies are collected in book »Negative ions as a method of healing – Evidence by Scientific Institutes worldwide« by Lorena Leonardos, the owner of IONEX company and the innovator of carbon brush.

World health institutes have proven that the negative ions have very positive medical effects on the human body, since they have a good influence on:

A solution for Healthy Home, Working and Public Environment

We are an air ionization specialist and a manufacturer & seller of premium air ionizers with almost 30 years of tradition. During this time, we have marketed various models and brands of air ionizers: for home usage (Potencial, IONEX Vintage IONEX Classic, Primus and Sanozen), for hot and humid environments (IONEX Sauna), for vehicles (IONEX Car) and for recording studios and concert venues (IONEX Audio).

IONEX air ionizers produce negative ions by a carbon brush without any ozone and has a positive effect on the environment and human body, which have also been confirmed by several medical institutes around the world. Negative ions alleviate all respiratory and bronchial illnesses, asthma, allergies, prevent infectious diseases and colds, lower the stress hormone, balance the blood pressure and heartbeat and improve concentration and sleeping.

IONEX ionizers do not include ventilation, as conditioned for air filters, because no filter in the world is able to retain submicron particles (0.01 micron). These are the most dangerous and are always being accumulated in our lungs. Air cleaning with large amounts of negative ions (anions) is the best way to prevent accumulation in the lungs.

The result is a 100% clean air that is still filled with enough negative ions remaining for beneficial healing effects – they improve your body’s natural defence, strengthen your immune system and improve your vitality. Only a large number of negative ions can enable people with asthma, allergies and high blood pressure to experience the beneficial effects ionization brings and even possibly eliminate the symptoms of these diseases.

An ionizer therefore has a beneficial effect on health and ensures comfortable living conditions.

Ionizers with metal needles or plasma membrane form oxides and produce ozone, which is harmful for human lungs. One of the most important characteristics of IONEX air ionizer is that it emits negative ions from a carbon brush without the presence of harmful ozone, so the long-term healthy usage of the ionizer is guaranteed.

It adds into the air large number of negative ions for:

TO SUM UP, the aim of IONEXAir innovation is to solve two main challenges:

It is applicable to all spaces:

The key is in uniquely designed and patented carbon brush, which emits large amounts of negative ions without ever generating harmful ozone. As the result, people are more focused, calm, relaxed and healthy, because negative ions clean the air up to 100% and remove odours, dust, smoke, allergens, bacteria, viruses, mite faeces and especially carcinogenic exhaust gases which cannot be removed by air filters while people inhale them all the time.

HVAC products with incorporated IONEXAir innovation would achieve significant market advantage and better competitiveness. This innovation can be efficiently used in marketing, upscaling sales and ROI of a HVAC partner and us.

It is a ground-braking novelty, as none of competitors produces an air ionizer for installation/ integration and the competitors’ products also produce harmful ozone.

Demand for HVAC systems in Europe is continuously increasing due to expanding urbanization, growing demand for high-quality devices and increasing consumer awareness. Major players operating in Europe HVAC market are changing their product portfolio by incorporating latest technologies available in the market – and this is where we see our opportunity.

From the graph below we can see that the global HVAC market is estimated to grow continuously.

global HVAC equipment market is estimated to grow for almost 5%.

HVAC market in Europe is also projected[1] to exhibit a CAGR of over 4% during 2017-2022. Italy, Russia, France and Germany emerged as leading markets, as these countries cumulatively garnered a value share of over 38% in Europe HVAC market in 2016.

For this project, we have been granted a SME Instrument Phase 1 funds in 2018.

Initially, the IONEXAir project was intended for automotive industry as a target customer; to improve focus and well-being of drivers, preventing car crashes and costs for rehabilitation and damages. But during the project’s feasibility study we have changed the focus from automotive manufacturers as a target customer to manufacturers of HVAC equipment/systems for automotive industry as well as for construction industry; so, to a very specific, but large segment.

Our solution is still unique, protected and has no real competition.

Now we would like to find a partner from HVAC industry, who is essential for pilot implementation of this innovation into various HVAC systems or devices and would also be the first customer of IONEXAir.

We want to work closely and fast on the project development to adapt the product to the needs of a HVAC partner to reach the final commercialization. We would like to perform a testing in actual HVAC environment with a partner and to get the feedback from him.

We are also opened to develop a new product by combining our knowledge and the knowledge of HVAC companies in a joint venture, if desired so with potential partner. We can make a brand- new ground-braking novelty in the market, bringing additional benefits to your customers. We would like to keep our innovation under our IONEXAir brand and are open to ‘ingredient branding’. IONEXAir as a part of IONEX brands can enjoy the good reputation of older and trusted IONEX brand which has a long tradition (from 2003).

SHORT DESCRIPTION: The novelty of solution is in the patented carbon brush, which never oxidases (never emits ozone) and reaches the best up-to-date performance because it produces the largest number of negative ions among current solutions. IONEX solution can be implemented in all types of devices or vents. State of the art solutions do not efficiently solve problems of negative ion deprivation and heavy air pollution indoors. IONEX technology is flexible, affordable, easy to integrate and only uses recyclable materials and durable carbon brush. By removing all unnecessary parts, no need for replacements or maintenance, we’ve minimized the waste and improved the cost efficiency. The added value is not only in air cleaning and related health protection, but also that huge amounts of negative ions lower stress hormone, blood pressure, improve concentration, working performance and protect health.

For any type of inquiries, please send an email to ionex@ionex.si, for Lin Luksa, the CEO and the Project Manager of IONEXAir.