A shift to safer and healthier driving with negative ions

Air ionization technologists IONEX d.o.o have developed an environmentally friendly innovation, contributing to the safety of transport and helping to achieve the European transport and mobility goals. The IONEXAir project, the most efficient and innovative IONEX air ioniser for installation in all types of vehicles; has recently been awarded a SMEInstrument Phase 1 grant.

Mobile phones are not the only thing that can deter your concentration from the road. A depletion of negative ions in your car from pollution is another factor which can heavily affect your concentration levels. You wouldn’t look at your phone whilst driving, so why would you continue to drive in an environment which is causing fatigue and slow reactions?

The IONEXAir ionizer has the potential to save your life by adding life-essential negative ions to the air inside a vehicle’s cabin.

The air inside the cabin of a car is heavily polluted and completely depleted of negative ions. This lack of negative ions arises due to the physics phenomena – a vehicle’s body acts like a Faraday cage and, therefore, the negative ions cannot get inside the structure. In addition to this, air conditioning destroys negative ions which would otherwise enter the cabin through ventilation from outside.

This picture represents the Faraday cage effect. There are no negatively charged ions inside the vehicle cabin due to its metal constuction.

Fortunately, we can remedy concentration loss and fatigue simply by adding negative ions back into a car cabin. Negative ions – emitted from air ionisers – can prevent these risks by reducing the level of stress hormone, increasing the level of oxygen in your blood, and thus improving the driver’s concentration and contributing to safer driving. The stress hormone is constantly produced while driving, according to the 2011 Occupational Safety and Health in transport sector.[1] If we lower the stress hormone, concentration and driving performance can increase; in turn, the traffic slows, and the number of accidents can decline.[2]

The ionizer activates automatically when the car engine starts. The carbon brush emits up to 2.7 x 107 negative ions/cm3/sec and 0.31 x 1013 ions/sec). As a result, every second the IONEXAir ionizer emits 27 x 1010 negative ions per litre of air, of which can instantly clean the cabin air. In comparison, there are about 100 million (1 x 107) particles of exhaust gases in each litre of air in cities, and 1 x 1010 particles in a litre of air on highways.

Air ventilation carries negative ions around the cabin air, and because negatively charged particles cannot exist by themselves, they bind to the nearest sub micrometre particle of exhaust fumes, soot, and dust in the air, and bring them down onto surfaces. Being ionized, the pollutants cannot become airborne again and are therefore efficiently eliminated from the air we breathe, preventing enormous amounts of pollutants from accumulating in the lungs of passengers. Large quantities of negative ions mean a much more efficient solution than that which current ionisers/ filters can offer.

Furthermore, prevention of fatigue and sleepiness (by some studies, concentration can be improved by 30%) thus increases safety through fewer accidents. Scientific evidence on the beneficial effects of negative ions for humans has been published by many world-renowned institutes and famous scientists. Many of them have been summarised in the book »Negative ions as a method of healing – Evidence by Scientific Institutes Worldwide« by ionisation specialist Lorena Leonardos. 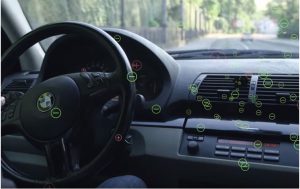 The project is beneficial for final users, especially professional and long-distance drivers, and should be implemented in all cars. By increasing levels of negative ions, IONEXAir automatically creates an environment that is safer, human-friendly, stress-free and healthy. Installation is easy, flexible (simply added to the air conditioning system in cars), and therefore cost efficient. 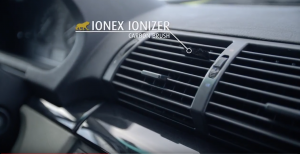 After being successfully awarded an SME Instrument Phase 1 grant, IONEX now intensively works on the pilot implementation. Regarding partnership with potential target customers, a major shift in focus has occurred and we have concluded that the key target customer should not be the automotive industry itself, but instead producers of air conditioning and ventilation (HVAC) systems/devices for the automotive industry, so more specific segment. HVAC industry should be responsible for introducing such novelties as negative ions to their field.

But the objective and concept of the project have not changed. The priority is intensive search for a partner to work closely and fast on the project development to reach commercialization as estimated in the application.

The usage of IONEXAir is not limited to integration in HVAC systems of vehicles, but also can be integrated in HVAC systems of buildings, in heat recovery ventilation, it can be integrated in furniture (like ion-kitchen to remove odours, or ion-bathroom, etc.)  So, this innovation is interesting also for building sector, HVAC sector in general (as integration in various air cleaning devices) and furniture industry.

We have already received some interest from manufacturers of HVAC devices, such as dust collectors.

IONEX would also like to attract the co-operation of health organisations (IOSH, WHO) to educate the market around the dangers of carcinogenic exhaust gases and solving these issues.

Take a look at the video about this project.

[1] European Agency for Safety and Health at Work: page 198, http://bit.ly/2iyFhTb, ISBN 978-92-9191-303-9: Workers in transport sector have more stress than the avg. working population. Within the EU-27, about 22% of the workers report work affects their health in terms of stress. This % is much higher in the land transport sector where about 33,3% of the workers report stress.